Story: Nica (Fiona Dourif) is wheelchair bound due to complication with her birth lives with her mother Sarah (Quesnelle) in a lonely mansion. After they receive a strange package, A Chucky doll things start to happen around the house before Sarah suicide. After her mother’s death Nica sister’s family come to help with things around the house. Barb (Bisutti) husband Ian (Elliott) daughter Alice (Howell) and the nanny Jill (McConnell). Chucky has a few tricks up his sleeve how much trouble can the little doll cause to the family? 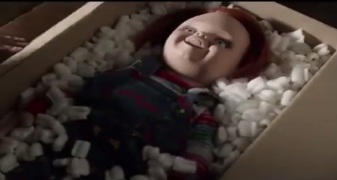 Verdict: Chucky is back and back to his best after the disappointing outing last time.

Story: When you trap people in a house in the middle of nowhere with a killer doll you have yourself a good story. You have a few twists that connect happenings in previous films along with a string of creative death scenes and fights. (8/10)

Actor Review: Fiona Dourif – enters the franchise and creates a tough counterpart to Chucky along with a different opponent to than Chucky is used to fighting. Daughter of the voice of Chucky Brad Dourif comes in and takes control of the scenes she is in. Star Performance Award (9/10) 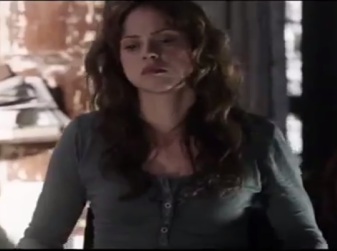 Actor Review: Brennan Elliot – Husband who has plans for himself to leave the family fast becomes the human villain in the film but only very generic. Brennan does a good job but never really shines in the role. (7/10)

Actor Review: Summer H. Howell – Daughter of the family and key to what Chucky wants, does a good job trying to elude Chucky while Nica protects her. Good performance from the young actress in her debut film role. (8/10)

Actor Review: Brad Dourif – The voice of Chucky and as always creates a devilish character that will make you never want a talking doll again. Favourite Character Award (9/10)

Chucky Having a good time

Actor Review:  Danielle Bisutti – Loving wife on the outside but not on the inside, she also shows little sympathy to Nica showing how cold her character is. Danielle does a good job showing two sides to her personality. Least Favourite Character Award (8/10)

Director Review: Don Mancini – This guy lives and breathes Chucky having been involved in writing all of the Chucky films before taking over Directing for The Seed Of Chucky. He does a good job keep the story related to the classics by adding twists and turns to keep you wanting to see what will be left to offer in the next outing. (9/10)

Horror: Some good scares throughout, never taking itself to serious in the process. (8/10)

Settings: Isolation is always a good setting for a horror film and the mansion gives that in this one, along with adding the clichéd loss of phone, electricity and no signal. (10/10) 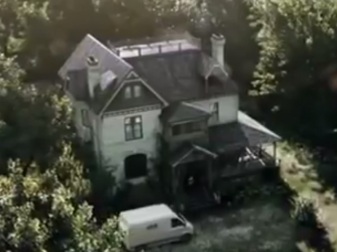 House in The Middle Of Nowhere

Suggestion: Horror fans will loves this as it isn’t one that takes itself too serious but still pays enough attention to what has been created in the Child’s Play films. If you’re not into tongue in cheek horror this will not be for you and if you are expecting gore this one will also let you down. In the end it is all fun with Chucky again enjoy. (Wanna Play, Enjoy, Give It A Try)

Best Part: Twist at the end.

Worst Part: Could have a bit more suspense.

Overall: Chucky is back, run before it’s your time to play