Story: After four magicians J, Daniels Atlas (Eisenberg), Merritt McKinney (Harrelson) Henley Reeves (Fisher) and Jack Wilder (Franco) team up for a spectacular show they leave the audience with more than they bargained for. They pull of a bank heist leaving all the money for the audience. Dylan Rhodes (Ruffalo) of the F.B.I has to team up with Interpol agent Alma Dray (Laurent) to solve how the magicians did the trick. They recruit Thaddeus Bradley (Freeman) a magician exposes to help them uncover the truth, but is they more than meets the eye.

The Magician known as the Four Horsemen

Verdict: Any film with Magicians in it can either be great or awful and over the past decade we have been lucky to see two of the best in ‘The Prestige’ and ‘The Illusionist’. Now You See Me can now be put towards that level granted it may not be as good it has a different path to follow. Using modern magic techniques, showing some of the extremes people will go for the show. Having a criminal aspect to the characters takes the film in another direction which keeps you guessing about their motives. Each one of the characters offers a different style of magic giving them all skills which are key to the tricks being performed. While the F.B.I agent struggles to keep up with the magician’s next steps as well as being misled by different characters motives, this will keep you guessing all the way to the end.

Thriller: The illusions keep you guessing on the final outcome of the film all the way through. (9/10)

Special Effects: Some good special effects, but all explained as part of the illusions. (8/10)

Settings: Performing a bank robbery on stage shows how great an illusion can be created in an alternative setting (9/10)

Suggestion: As a big fan of a thriller I would always suggest something different to something I have seen before and this offers some different. The story unfolds is easy enough to follow and you will be guessing what is happening which is always good thing in a thriller. It may have gone slightly under the radar this summer but this film could hold up to the Blockbuster that hit the cinemas well worth a watch. (9/10)

Star Performance: Mark Ruffalo – great as the FBI agent trying to track down the magicians 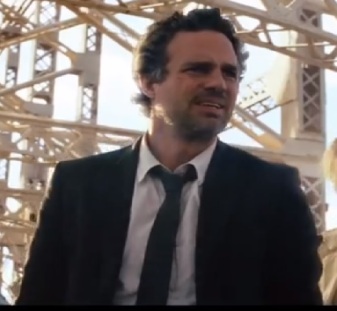 Favourite Character: Merritt – I will always pick a slightly over the top woody Harrelson has my favourite character and this time he continues to keep you entertained.

Best Part: the on running joke after someone has said ‘Bullshit’

Similar Too: Prestige, Illusionist, Inside Man

Overall: A slick magic thriller which keeps you guessing all the way to the end.