Story: Mike (Crystal) dreams of becoming one of the world’s best scarers and to do this he must go to Monster University. Mike has been studying for years for this chance but an unexpected encounter with Sullivan ‘Sulley’ (Goodman) shatters his dream. After the two of them get off to the wrong foot they must put their differences a side to prove they have what it takes to become top scarers. Mike and Sulley join Squishy (Sohn), Don (Murray), Terri (Hayes) Terry (Foley) and Art (Day) to win the scare games against the other fraternities to prove they are the top scarers in the University. 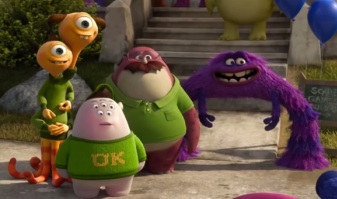 Verdict: Monsters Inc. finished all tied up with a potential sequel looking very unlikely, so the question is how to bring back the characters we all grew to love? Pixar as always find a way with their first Prequel. Using the prequel we also get to see how Randy became the monster he becomes in Monsters Inc. University films have been done over and over again but usually in a more adult light, this plays it down for the younger audience without taking all the comedy of University life away for the older audience. A mix of very clichéd characters fill the cast out nicely, be it the jock who everyone wants to be friends with or the girlie fraternity that uses guys to get their ways along with the unpopular geeky or wimpy fraternity. The laughs role throughout and the chemistry between Mike and Sulley continues to be the guiding light for this film.

Comedy: Plenty of laughs throughout the film (9/10)

Settings: University is a good setting for this because what would be better than seeing how Mike and Sulley became the top level scarers they are in Monsters Inc. (10/10)

Suggestion: All people will enjoy this as Pixar manage to offer something for every audience with all their films a must watch for all. (10/10)

Star Performance:  Billy Crystal & John Goodman – they work together to almost perfection and I can’t wait to see these to work together again. 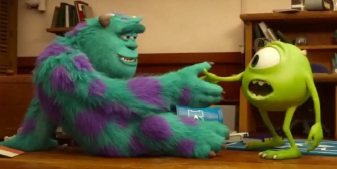 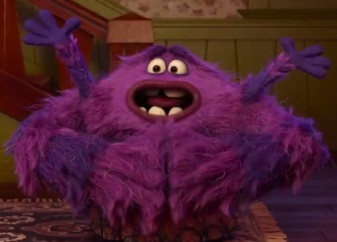 Least Favourite Character: Johnny (Fillion) – typical jock who thinks he is all that (but not taking away how well Fillion voiced it because his creation made the character unlikable which is what was meant to happen) 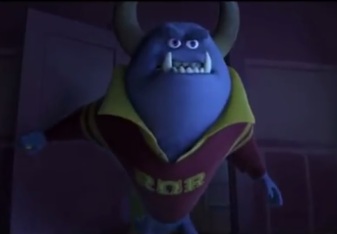 Worst Part: Being over critical really here but I feel they could have done more to show Randy’s turn to a more evil side.

Favourite Quote: Mike to Johnny ‘When you lose no one will let you forget about it’.

Overall: Pixar deliver again with the top family friendly comedy for all