Story: When Phil (John Jarratt) gets released from prison he heads straight to his wife’s house. Having got a heads up from Chris (Haywood) Sue (McGregor) takes her son Damien (Charlie Jarratt) across country to a safe place. With a storm coming in the four of them get trapped by Savage’s Crossing and take shelter a Wonga Round House. The place is run by Mory (McLachlan) and Kate (Napier). Along with the two of them are two passers by Shae (Horler) and Mickey (Smart). With Phil’s past coming into question a heated gun battle between himself and Chris takes place but the question remains who should they be most scared of? 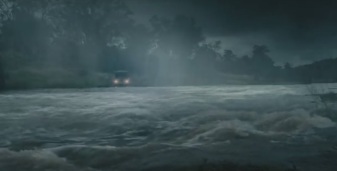 The Storm That Traps Our Characters

Verdict: This atmospheric thriller uses the weather to create added thrills to cover up the lack of budget available. This does work to the films advantage because once the characters are trapped you get storyline twists which help motivate the characters actions. John Jarratt of Wolf Creek fame shines in the role of Phil. The film decides to go against the simple characters being picked off. Instead you are left guessing on what actions are going to be taken next.

Action: After the thrills have been built up the action comes off with good effect (8/10)

Thriller: Top thriller keeps you at the edge of seat throughout. (9/10)

Settings: The Australian outback is an isolated place for a roundhouse which leads to high tension in this thriller. (9/10)

Suggestion: As a fan of low budget thriller I enjoyed this and I think all fans of thrillers will enjoy this. Unfortunately being a Australian film makes it hard for a film like this to crack the international market which may see people give it a pass, but I think it should be watched because it proves you don’t need a mega star for a impressive thriller (9/10)

Star Performance: John Jarratt – creates a character that can switch between calculated to wimpy in a heartbeat. 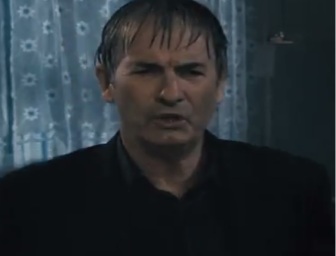 Favourite Character:  Mory – a no nonsense cowboy who takes control of the situation. 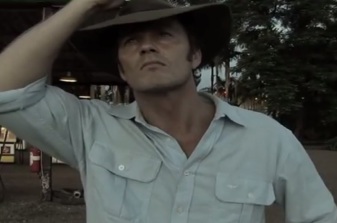 Best Part: Not knowing what is going to happen next.

Overall: A low budget Australian thriller that keeps you guessing to the very end.